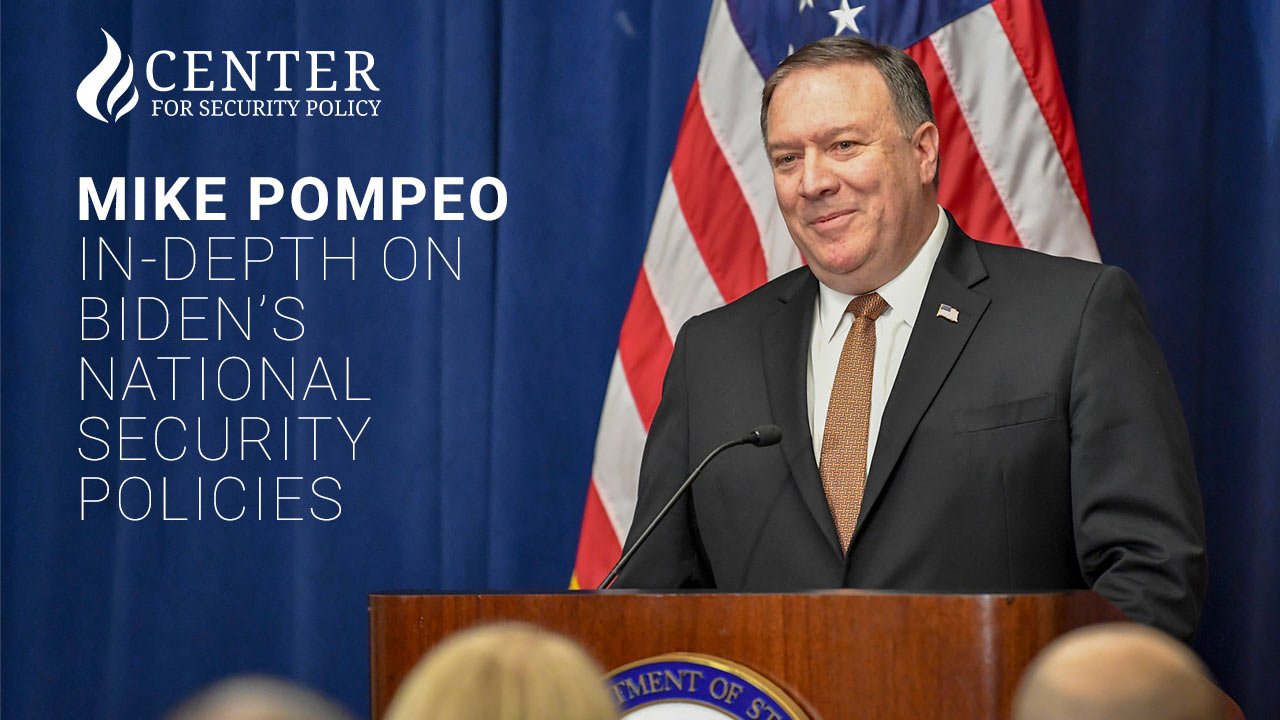 Please join us on Tuesday, May 18 at 1:30 PM when the Center for Security Policy will welcome Mike Pompeo, President Trump’s Secretary of State, for an in-depth discussion of Biden administration national security polices and its record on safekeeping our nation.

Center for Security Policy President Fred Fleitz and Center Senior Analyst Dr. David Wurmser will co-moderate this webinar. Wurmser is also Director of the Center’s Project on Global Anti-Semitism and the U.S.-Israel Relationship.

Mike Pompeo was America’s 70th Secretary of State from 2018 until January 20, 2021. Prior to that, he served as President Trump’s first Director of the Central Intelligence Agency.

Prior to joining the Trump administration, Mr. Pompeo was in his fourth term as the congressman from Kansas’ 4th District. He served on the House Intelligence Committee, as well as the Energy and Commerce Committee, and House Select Benghazi Committee.

Before serving in Congress, Secretary Pompeo lead two manufacturing businesses in Kansas. He founded and served as CEO of Thayer Aerospace and later was president of Sentry International, an oilfield equipment manufacturing, distribution, and service company.