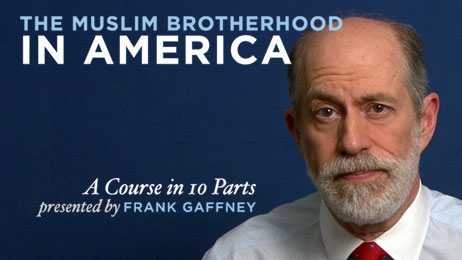 Have you ever asked yourself why, despite more than ten years of efforts –involving, among other things, the loss of thousands of lives in wars in Iraq and Afghanistan, well-over a trillion dollars spent, countless man-years wasted waiting in airport security lines and endless efforts to ensure that no offense is given to seemingly permanently aggrieved Muslim activists – are we no closer to victory in the so-called “war on terror” than we were on 9/11?

Thankfully, we have been able to kill some dangerous bad guys. The sad truth of the matter is that, by almost any other measure, the prospect of victory is becoming more remote by the day. And no one seems able to explain the reason.

In an effort to provide the missing answer, on April 24, the Center for Security Policy is making available via the Internet a new, free ten-part video course called “The Muslim Brotherhood in America: The Enemy Within.” This course connects the proverbial dots, drawing on a wealth of publicly available data and first-hand accounts to present a picture that has, for over a decade, been obscured, denied and suppressed:

America faces in addition to the threat of violent jihad another, even more toxic danger – a stealthy and pre-violent form of warfare aimed at destroying our constitutional form of democratic government and free society. The Muslim Brotherhood is the prime-mover behind this seditious campaign, which it calls “civilization jihad.”

Get the latest national security news from Center staff every day.