“No one is in charge” of protecting America’s electrical grid, Biden Homeland Security Advisor Dr. Liz Sherwood-Randall told CBS News’ 60 Minutes, during a recent short segment regarding the vulnerability of America’s most critical of critical infrastructures. Sherwood-Randall added that the federal government has no ability to mandate utility companies implement security improvements to the national electric grid.

Indeed, the CBS News segment was nearly identical to a previous version which aired exactly six months prior, in February, and featured an expose on the professional assault on a major electrical substation near San Jose that nearly blacked out Silicon Valley, San Francisco in 2013.

Despite consistent recommendations to the Biden Administration and to Secretary of Energy Jennifer Granholm and her advisory board, the White House appears to have done nothing to remedy this glaring problem during the six months that have passed between CBS’ two episodes.

If anything, the Administration has put the electric grid at greater risk over the past two years. On his first day in office, Biden suspended Executive Order 13920 (securing the U.S. bulk-power system) which declared “a national emergency with respect to the threat to the United States bulk power system,” and warned “that foreign adversaries are increasingly creating and exploiting vulnerabilities in the United States bulk-power system.”

President Trump issued E.O. 13920 in response to the discovery in 2019 of hardware back doors built into Chinese-made transformers that are critical to the grid’s operations.  According to Latham Saddler, the former Director of Intelligence Programs at the National Security Council in Trump Administration, “they found hardware that was put into that that had the ability for somebody in China to switch it off.”

One of the experts featured in the 60 Minutes episodes was retired U.S. Army Command Sergeant Major Michael Mabee, who has researched and documented the threat posed by Chinese-manufactured transformers.  Mabee has found more than 300 Chinese transformers in the U.S. grid as of last August and the reversal of E.O. 13920 guarantees many more are on the way. Hopefully, CBS will have the courage to air a future segment highlighting this problem.

E.O 13920 was intended to remedy supply chain vulnerabilities because regulators for the bulk power system – The Federal Energy Regulatory Commission (FERC) and the North American Electric Reliability Corporation (NERC) –refuse to create or enforce effective regulations with respect to the supply chain and cybersecurity.

Ultimately, neither the government nor the utility industry will accept responsibility for fixing vulnerabilities to the grid until they get the sense that the American people demand it. For example, government and industry forced wind and solar generation upon the grid based on an assumption that these are good for the environment and that Americans want more “clean” power generation. The perception that Americans demand “clean energy” created an environment where policymakers felt compelled to spend taxpayer and ratepayer monies to massively subsidize these forms of power generation.

Currently, there is very little demand by the American people to secure the grid due to an overall

lack of awareness about the its vulnerabilities or the reasons these weaknesses persist – namely effective lobbying by the utility industry to avoid government regulation.

For this reason, two film-makers have set out to shine light on this glaring issue. David Womick is producing The Black Sky Event docuseries, featuring short but thorough segments on each of the threat vectors to the grid.

David Tice recently launched “Grid Down, Power Up”, narrated by actor Dennis Quaid and gives viewers the ability to “participate” by sharing the film with others and by taking action to contact the grid’s regulators and our elected officials. 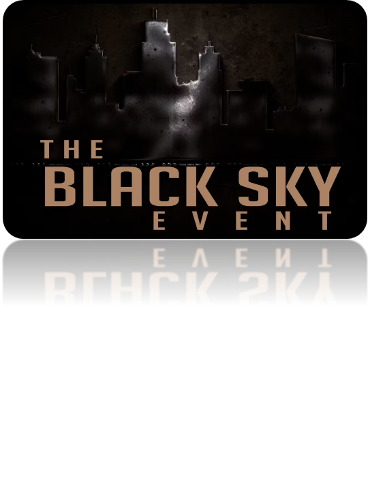 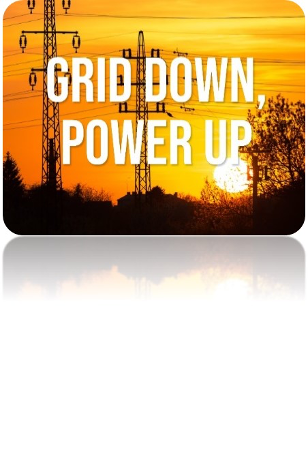 Fortunately, this is a fixable problem and states don’t have to wait for Washington. But not even state or local leaders will act if they don’t recognize the gravity of the problem. Therefore, it’s up to the people – citizens across the nation – to get smart on the issue and get involved.