On April 23rd, the 72nd anniversary of the People’s Liberation Army Navy (PLAN), China launched three major warships simultaneously at the naval base in Sanya, Hainan Island. They were:

Chinese President Xi Jinping was present for a choreographed review of the proceedings, and certainly the launch of three ships on an auspicious day was meant largely for propaganda purposes. However, these ships represent a real boost to Chinese naval power in the Western Pacific and are representative of multiple security challenges facing the U.S. Navy as the PLAN rapidly increases the quantity and quality of its production.

The Type 075 Landing Helicopter Deck is an amphibious assault ship that would boost the PLAN’s ability to bring “vertical” capacity to assaulting Taiwan’s mountainous east coast. China has launched three Type 075’s with one being built about every six months. 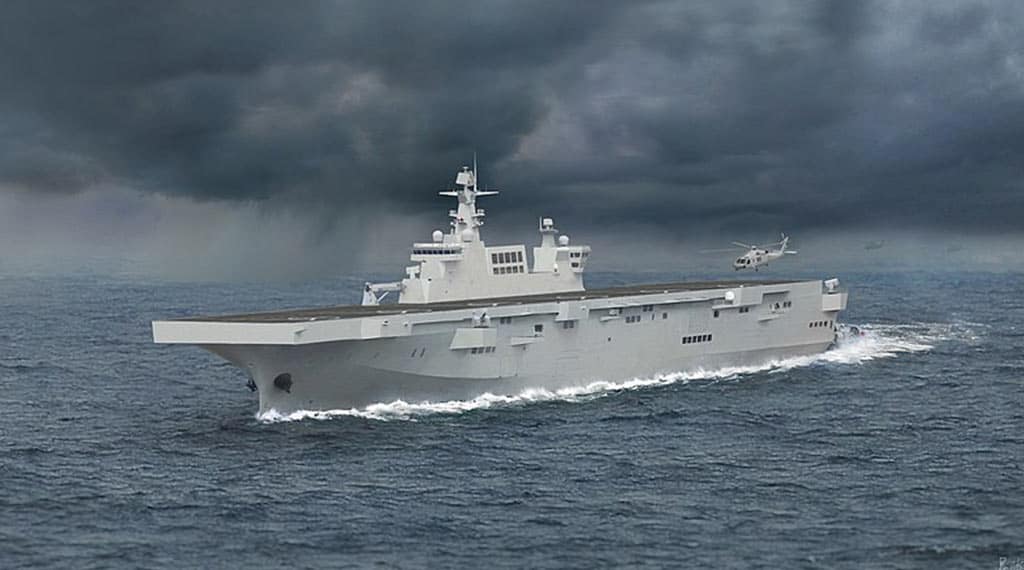 The Dalian is the second Type 055 Destroyer commissioned by the PLAN in just two months and it is the largest surface combatant currently being built in the world. There are now eight Type 055’s in the water with the first having been launched in 2017.

The Long March is the sixth or seventh Type 094 nuclear-powered submarine in service. It is capable of fielding 12 long range nuclear-tipped ballistic missiles and is an essential part of China’s nuclear triad.

Multiple outlets in the fall of 2020 noted that the PLAN had superseded the U.S. Navy in number of ships, though analysts pointed out that many of those Chinese ships were of a small and coastal type and that the U.S. Navy was bolstered by multiple allied navies in the region.

Still, the explosive growth of Chinese shipbuilding is alarming. In 2019, China had a 335-ship fleet reflecting 55% growth since 2005. Meanwhile, the U.S. had 293 ships in 2019 reflecting an increase of just two ships in those fifteen years.

“They [China] are spending to surpass the United States, and I’m afraid their doctrine will be to ‘dominate through strength,'” said Rep. Mike Rogers, the top Republican on the House Armed Services Committee, in March.

“We will not allow China to become our peer military,” he added. “The problem with decreased or flat defense budgets is that our adversaries aren’t looking at cutting defense spending. It’s the opposite.”