The failed coup d’état in Sudan of Sept 21 carried a lot of implications for country struggling to brush off decades of isolation, economic hardship, and civil war, under former Sudanese President Omar Al-Bashir rule. Al-Bashir was ousted through a military takeover in April 2019 following massive populous revolt against his 30-years rule.

Sudanese authorities accused Al-Bashir supporters and namely the Muslim Brotherhood of plotting the failed coup as remnants of the former president’s regime attempted to take over the country again. Several commanders of the Sudanese army were arrested. They were led by General Abdul Baki Bakrawi and some members of the Sudanese Baath Party -an offshoot of the defunct Iraqi Pan-Arabism Baath party- who were arrested for plotting the coup.

The Sudanese security forces arrested over 40 of the coup, followed by further violence. A terrorist attack on Sept 28 by a cell linked to the Islamic State claimed the lives of five officers.  Another eleven suspects from various countries were arrested as a result.

Sudan is a country that witnessed the brunt of Islamist rule for three decades.

Sudan was one of the last strongholds of Islamists in the Middle East, the county once hosted Al Qaeda then leader Osama Bin Laden where he spent five years (1991-1996) and he was joined in 1992 by current leader Ayman Al Zawihiri before both left the country to Afghanistan.

The country became an Islamist and terrorist haven for many years, where wanted terrorists and fugitives from neighboring countries such as Egypt fled and found shelter. For decades Sudan tolerated the presence of members from terrorists groups including the Abu Nidal Organization, Palestinian Islamic Jihad, Hamas, Hezbollah, and al Qaeda.  As a result the country was designated as state sponsor of terrorism in 1993. A status that remained in effect till Dec 2020 when Sudan was removed from the list of terrorism sponsors by former US President Donald Trump as a result of its new stance.

While  more than 200 of the former ruling party were detained last June, the Sudanese pro-Al-Bashir supporters and militants still wield some power in the country and are now desperately attempting to seize the power or at least attempt to destabilize the current government.

Despite the political unity shown by several factions of Sudanese politicians against the rule of Al-Bashir regime, the so called “Forces of Freedom and Change” which is an alliance that led protests that ousted president Omar Al-Bashir in 2019 is experiencing fractures and splitting within itself. This adds a lot of stress on the volatile political and security status in Sudan.

Sudanese clamp down on Islamist and jihadist organizations extends to those not based in Sudan such as Hamas whose assets were seized by the government. The Muslim Brotherhood and its affiliated organizations such as Hamas still represent a security and political challenge to the Sudanese authorities.

Sudan attempted to rise again after nearly 30 years of isolation managed to take some bold steps in changing the policies of yesteryears which included the adopting a secular constitution and restoring diplomatic relations with western powers. Separating church from state irked Islamists namely the Muslim Brotherhood supporters who organized protests against the new secular constitution.

The Sudanese new government went as far as recognizing Israel in Oct 2020 which was a bold step of the once Islamist-ruled country. The move would have been completely unfathomable a few years ago but new policies and realities are being introduced to the country’s politics spectrum at rapid speed.

Moreover, as with the case with Egypt and Tunisia, the Muslim brotherhood have resorted to terrorism post their ousting from power. Accordingly, Sudanese authorities are scrambling to resist a possible wave of terrorist attacks such as the one that hit Egypt post the June 2013 revolution which resulted in the ousting of former Islamist President Mohamed Morsi.

At the moment, Egypt is providing both military and security support to the Sudanese state to counter the Muslim Brotherhood through training Sudanese officers and exchanging intelligence. Sudanese authorities have stepped their fight against the group and shut down 131 Muslim Brotherhood affiliated organizations in the troubled state of South Darfur last January.

With the political losses of Islamists in Morocco and Tunisia, Sudan expeditious moves towards a secular state represents a major setback to Islamists who once dominated the political spectrum in the Middle East in countries including Egypt, Tunisia, Morocco and Libya. But the changing tides have left Islamists desperate to regain their lost dominion and therefore using violence remains their only option as seen in the latest terrorist attack. 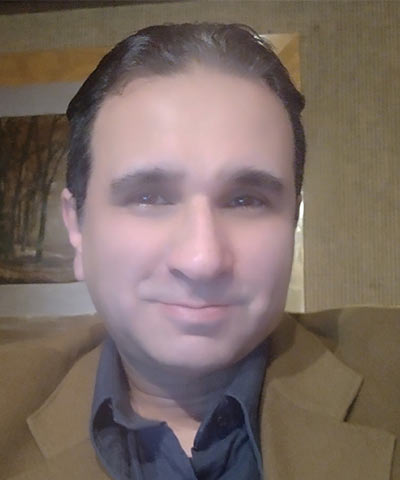