The Center for Security Policy has launched a new “Swamp Creatures Series” to identify individuals in the national security establishment starting with the National Security Council (NSC) itself. National Security Adviser (NSA) H.R. McMaster has repeatedly hired, retained and promoted staff whose records suggest their hostility towards President Trump’s policies and the agenda he ran on.

Center for Security Policy President Frank J. Gaffney unveiled the new series in an interview with Breitbart Radio host Raheem Kassam. He warned that, when combined with NSA McMaster’s rank insubordination (for example, his rejection of President Trump’s term “radical Islamic terrorism”) and his serial and often public repudiations of the President’s policies (notably, with respect to Iran, Qatar, Syria, Afghanistan, Israel and the Muslim Brotherhood), McMaster is surrounding President Trump with individuals on the NSC who oppose the Trump agenda – and purging those that support Trump – amounts to a “coup d’etat with respect to foreign and defense policy.”

With the release of the first installment in the Swamp Creatures Series, Mr. Gaffney announced:

President Trump ran for office on a platform that is, in important respects, at odds with the views of Lieutenant General McMaster and virtually all of those now populating the National Security Council staff. Ronald Reagan understood that “personnel is policy.” If those who are nominally Mr. Trump’s personnel actually support policies he ran against, the people who elected him will be grievously disappointed – and disserved. So will Donald Trump.

The Center intends to provide on an ongoing basis evidence of the degree to which President Trump has been saddled with staff who may be loyal to Gen. McMaster’s vision and priorities and, for example, those of Barack Obama, but would be hard-pressed faithfully to advance those of the incumbent Commander-in-Chief.

An example of how this works in practice can be found in the disagreement between President Trump and Gen. McMaster regarding the Obamabomb deal with Iran. Mr. Trump has repeatedly reviled what then-Secretary of State John Kerry finally confessed was just a “political understanding” as the worst agreement ever negotiated. McMaster, nonetheless, has aggressively supported continued U.S. adherence to the Iran Deal. In April, the President reportedly ordered his subordinates to prepare for him an alternative to certifying that Iran was in compliance with the deal and that it is in the interest of the United States. He is said to have been furious when no such option was provided ninety days later, compelling him once again to affirm such an inaccurate certification. 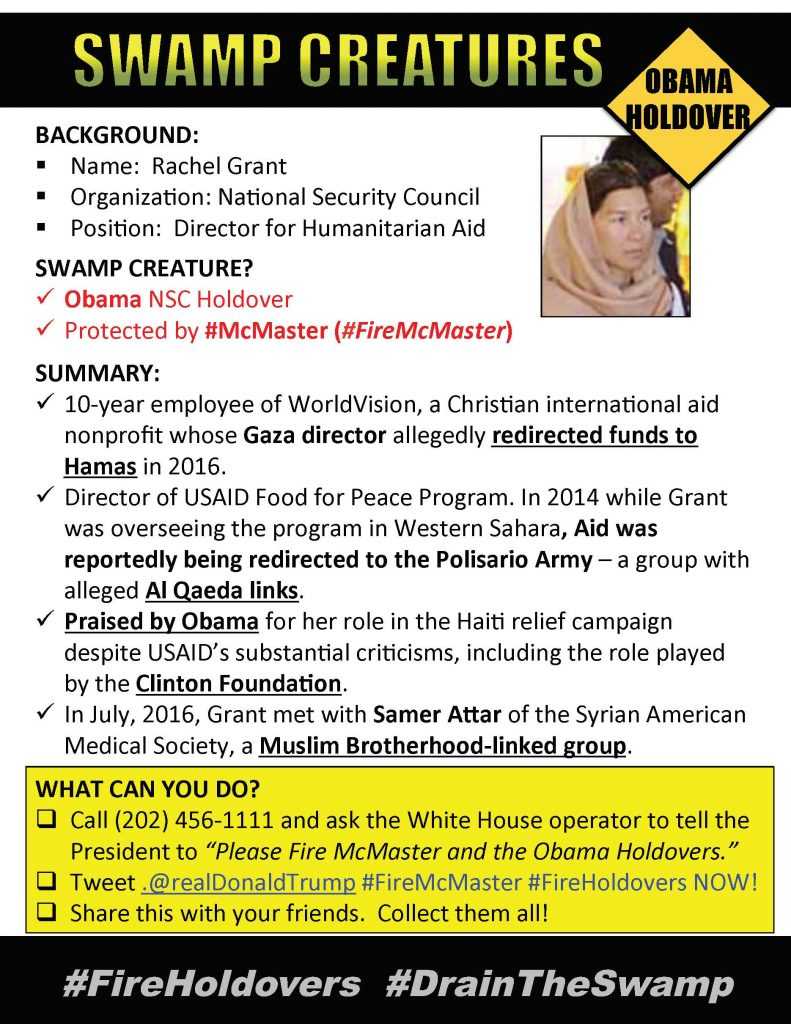 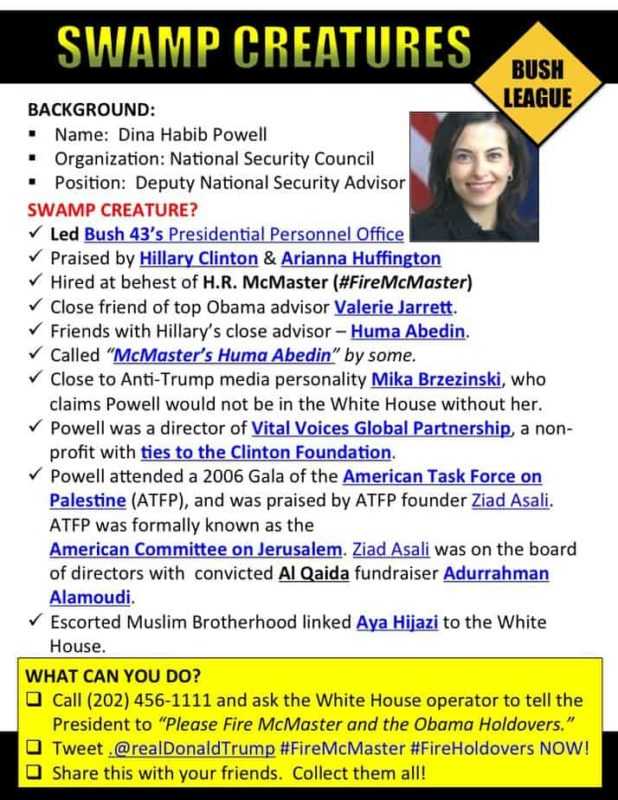 Called “McMaster’s Huma Abedin” by some.

Close to Anti-Trump media personality Mika Brzezinski, who claims Powell would not be in the White House without her.

Powell was a director of Vital Voices Global Partnership, a non-profit with ties to the Clinton Foundation.

Powell attended a 2006 Gala of the American Task Force on Palestine (ATFP), and was praised by ATFP founder Ziad Asali. ATFP was formally known as the American Committee on Jerusalem. Ziad Asali was on the board of directors with convicted Al Qaida fundraiser Adurrahman Alamoudi. 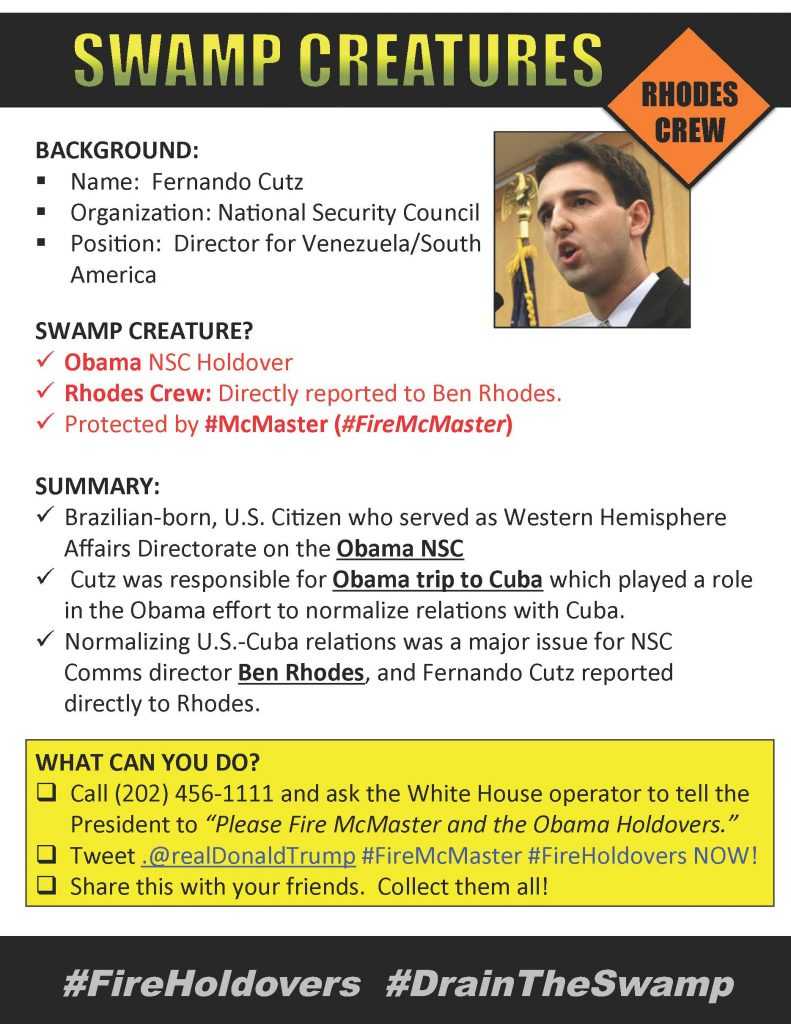