North_Korea_Nuclear_Nightmare_Update
New Fleitz Book Dissects the North Korean Threat, Obama’s Role in Its Growth and What Trump Must Now Do About It
With President Trump’s recent agreement to meet with North Korean leader Kim Jong Un and Pyongyang’s reported willingness to discuss denuclearization, the Center for Security Policy is proud to issue a new book that provides a timely and comprehensive analysis of the North Korean threat and how the Obama administration’s Strategic Patience policy allowed this threat to surge unchecked. Most importantly, The Coming North Korea Nuclear Nightmare: What Trump Must Do to Reverse Obama’s “Strategic Patience” explains how President Trump’s North Korea policy has changed the dynamics of this crisis and why his policy may be the world’s last hope to end it.
The Coming North Korea Nuclear Nightmare was written by the Center’s Senior Vice President for Policy and Programs Fred Fleitz who followed the North Korean nuclear program for the CIA, State Department and the House Intelligence Committee staff. Fleitz is one of Washington’s leading experts on the North Korean nuclear program and briefed top secret intelligence on this program to members of the House Intelligence Committee.

Fleitz’s analysis of the Obama administration’s failed North Korea policy is a must-read for Trump officials to help them avoid repeating the mistakes of the last administration.

Fleitz makes clear that North Korea’s nuclear arsenal is not a deterrent – it is an offensive force that it will one day use to try to reunite the Korean peninsula on its terms and drive U.S. forces from the Asia-Pacific region. 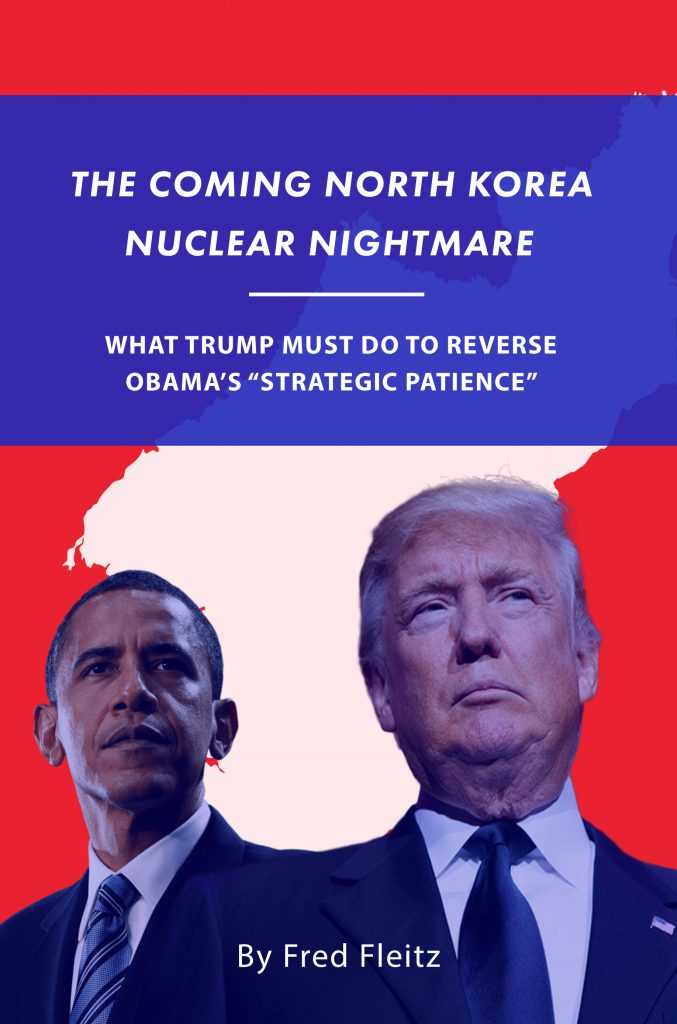 With over a dozen charts, maps and photos, The Coming North Korea Nuclear Nightmare is designed to help the reader understand the scope and size of North Korea’s growing nuclear and missile arsenals and the huge surge in these programs during the Obama years.

The new book by Fred Fleitz could not be more topical. He makes the case that President Trump’s North Korea policy is succeeding, despite the mess he was left by President Obama. More importantly, in this highly readable yet comprehensive analysis, Mr. Fleitz has provided in the nick of time a crucial guidebook for any future talks with North Korea and, in particular, a meeting between the leader of the Free World and the tyrant that brutally misrules one of the planet’s most unfree – and dangerous – nations: Kim Jong Un.